James has been tattooing professionally for 23 years and has earned a Bachelor of Fine Arts degree from California State University Long Beach. James has created designs, illustrations and paintings for many popular well established companies and has been featured in multiple publications. James specializes in designing and creating custom one-off tattoos that are done in or influenced by the American traditional style of tattooing. He also enjoys doing Black and gray tattoos, a style that he originally started working in during the 80’s. while he was learning and working in the streets of North Long Beach. 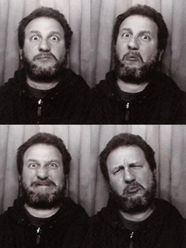